We (E-Stim Systems) have been trading at retail events big and small for the past 11 years, from the likes of BBB, LAM and LFF to Erotica and major several events overseas, so we do have some experience as to what works and what doesn't, and I can say that the Sexhibition team pulled the proverbial rabbit out of the hat and produced an outstanding event.

So it all started on Friday...


We rocked up on Friday afternoon with a packed van after a rather long drive from Watford and a small incident with a stone and a windscreen.


Once we arrived at Event City in Manchester, we sat in the car park queue for a bit and then managed to get a spot in front of the loading bay for unloading. The loading area is a bit cramped consisting of a long side access road, so trollies were a must.


Not having visited Event City in the past I was expecting something like EXCEL in London, (big and aircraft hanger like) which is a nightmare trying to create any form of atmosphere for any form of fetish event, but I was pleasantly surprised. The floors were carpet tiled in a tasteful grey/black, the stands were predominantly black and grey and there were massive blackout drapes suitably positioned.

Unloading was easy, the stand already had out slatwall fitted and power and lights were all up and running. (I won't list the number of events where we have had to wait for pow and lighting to be completed on time). Within minutes (well about 2 hours we had the stand built and stocked.

We even discovered the venue has free wireless, as well as good network coverage, which meant all the traders credit card payment machines were working.

The Friday evening was designated a trade only event, which gave us an opportunity to wander around and chat to other traders as well as see what everyone was upto.


Trading started at 10.00 and the fact their was a queue for visitors to get in was always a good thing. We knew around 3000 tickets had been pre sold, but until you have feet through the door you never know what is going to happen.

We soon had lots of people on our stand, and lots of people buying so we were happy. The music from the shows wasn't too loud so you could still talk, and apart from one presenter who needed to learn that she didn't need to shout into the microphone, the stage shows were well attended and interesting (although I on't got to see a couple of bits)

Lunch
Lunchtime came and went -  lots of people became hungry, and then discovered that there was next to no food stands within the venue. it wasn't a major panic and there were several within walking distance, and thanks to Paul Smith from ETO we had a Mcdonalds run, but I hear that there were quite a few disapproving looks from parents as the rubber clad Sexhibiton visitors queue up for their big Macs!!

Saturday trading finished at 5.30, we packed up the stand and whizzed out for a quick shower and dinner before returning for the evening session - AfterDark.


Afterdark
AfterDark was billed as more of a play event, and there was a play area as well as several shows running, but many visitors just saw it as an extended shopping session, which was good for us.

Normally trading at a play event is not great as how many people really want to carry bags around and credit cards, but we have some interesting conversations with visitors in various states of undress who were sampling our toys that they had purchased earlier, and managed to help a number of people who needed that last minute plug!!

If lunchtime has issues with food, then the only issue people seem to have with the evening session was the bar, well not actually the bar, but the very long queues leading up to it.

Although Afterdark ran until 1am, most traders were standing down around 11pm as we did need some sleep for the next day, so off we popped. 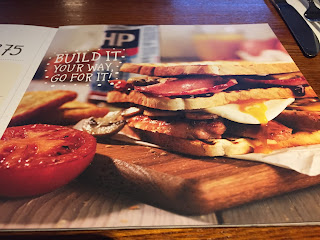 Sunday, after a decent breakfast at the local Premier Inn had a much curtailed trading time only 11am-3.00pm, which did leave a few people rushing around at the last minute, but most people didn't seem to mind and in terms of trading, it was a good day, with 3pm coming far too soon.

Doors closed at 3.00, but I was sitting in the loading queue in the van watching the rain, but by 3.20 the public had been cleared from the hall and stands started packing up. We were soon in position and had the stand down, and the van loaded in less than an hour - a record for us, but based on everything being planned in advance. The venue were organised enough to open up all the available fire exits and loading areas so we weren't all unloading though a single door, which certainly speeded things up.

We originally planned to stay overnight and return on Monday, but by 9pm we have had a meal and hit the road making it back to our Watford base in good time (well faster than we came up)

Summary
In general it was a great event, both from visitors - everyone we spoke to was very happy, and from a trading point of view we were very happy (we sold lots!!).

Plus points
A well organised event with lots of visitors, a good mix of traders from toys to latex, a great venue with great atmosphere and lots to see and do. A must visit event on any adults calendar. Trader parking was plentiful and free.

Bad points? (not massively bad - just need to be looked at for next time)
It was very hot - the venue did open some roof vents, but it was still very hot. The queue for the Bar was too long especially on Saturday evening and there were not a lot of food options in the venue.