It's here!! It took 3 days to clear the workshop to make space, 5 weeks on a boat from the US, and 4 months from ordering to delivery. But now we have a shiny new Haas ST15, sitting in the workshop next to its baby brother the ST10.

It's bigger!!
The '15 has a higher capacity compared to our original ST10, so we can now make it bigger, better and make more of them.

We pride ourselves on the fact that we make 98% of our items here in the UK, as this means we can maintain the quality of our products without compromising on their usability.

Arrival - not sure if the truck was big enough!! 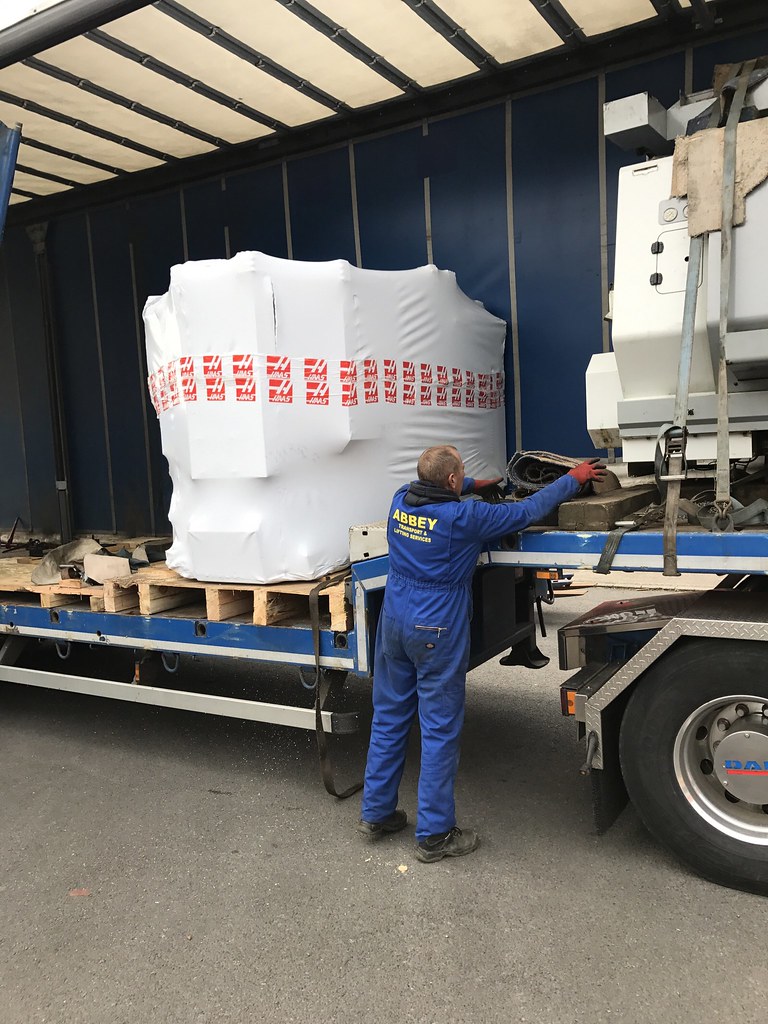 At least it was well packed. 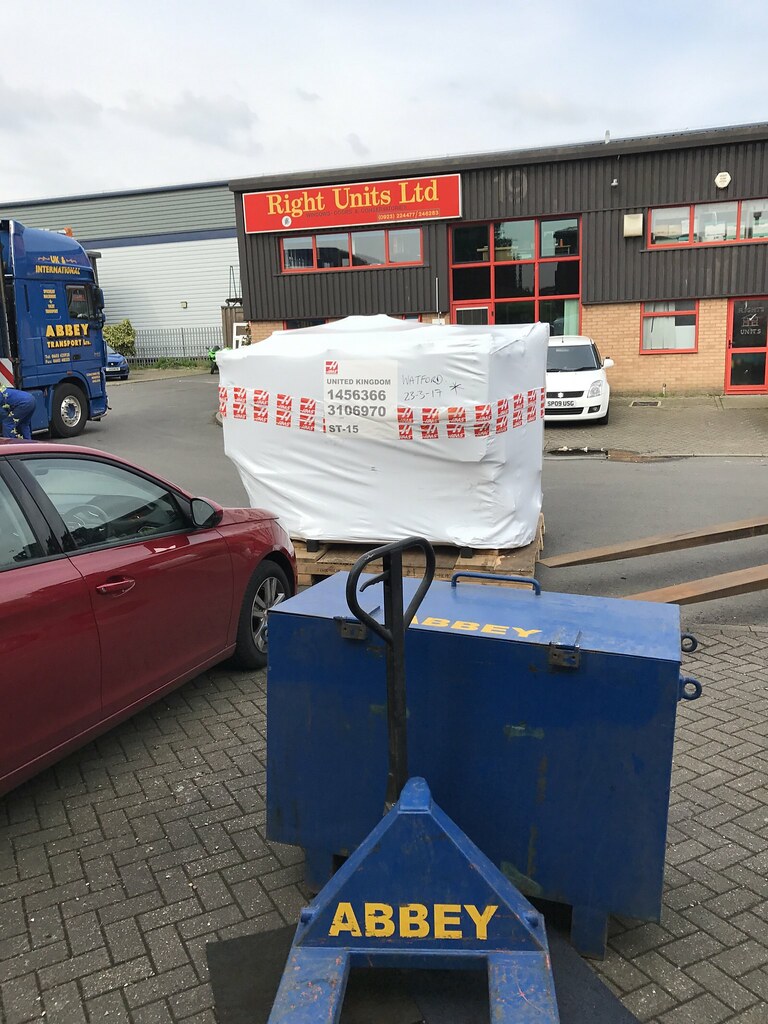 Tried not to upset the neighbours, but we did take over the Car Park - and the road outside. 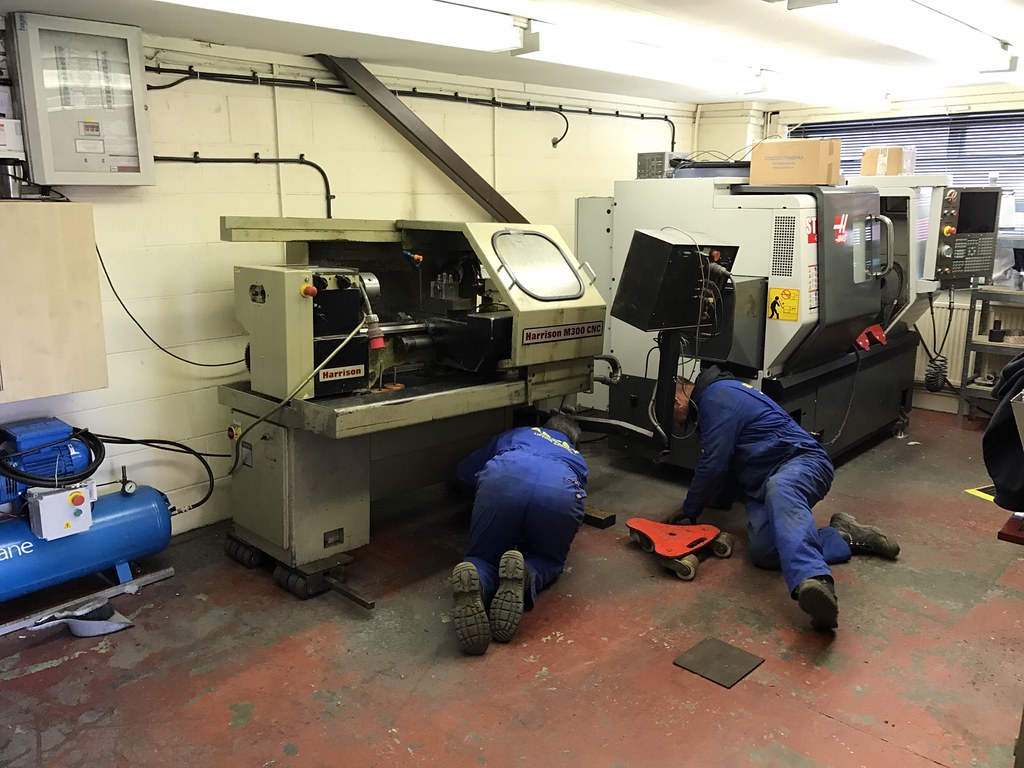 Removal of the old machine, this was made in 1995 and still worked on most days. 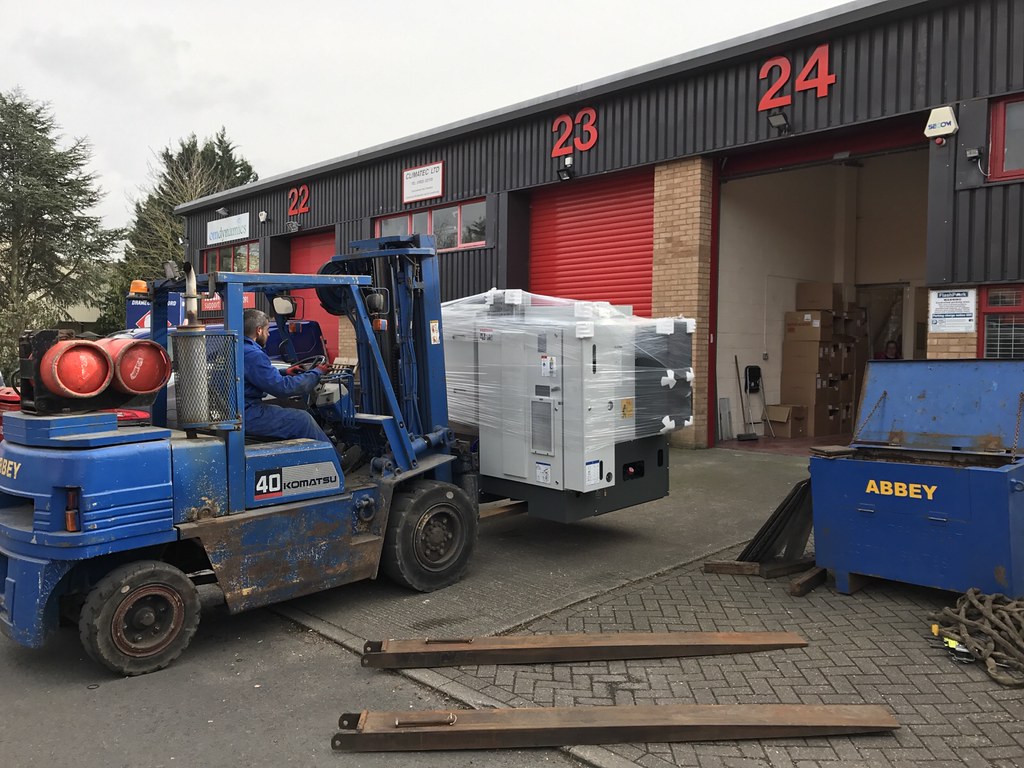 Things are easier with a big forklift. 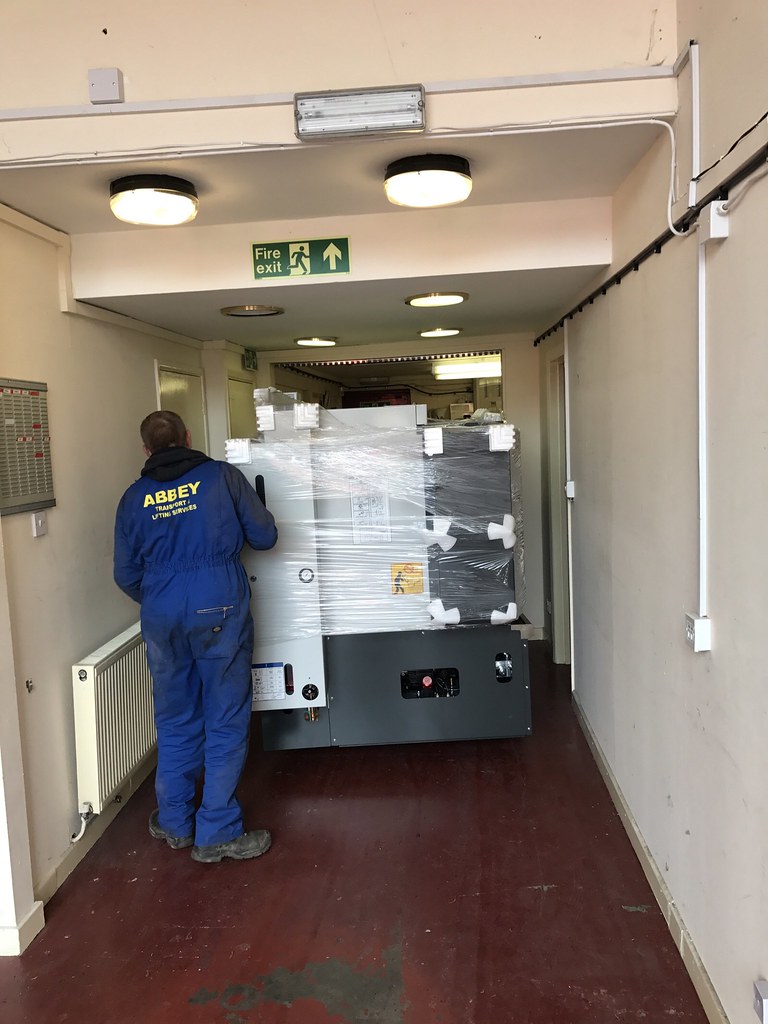 Not sure if it's going to go through the fire exit!! Getting the '15 into the building with only 7cm clearance in the corridor was a bit fun, with with the experts from abbey it slotted in. 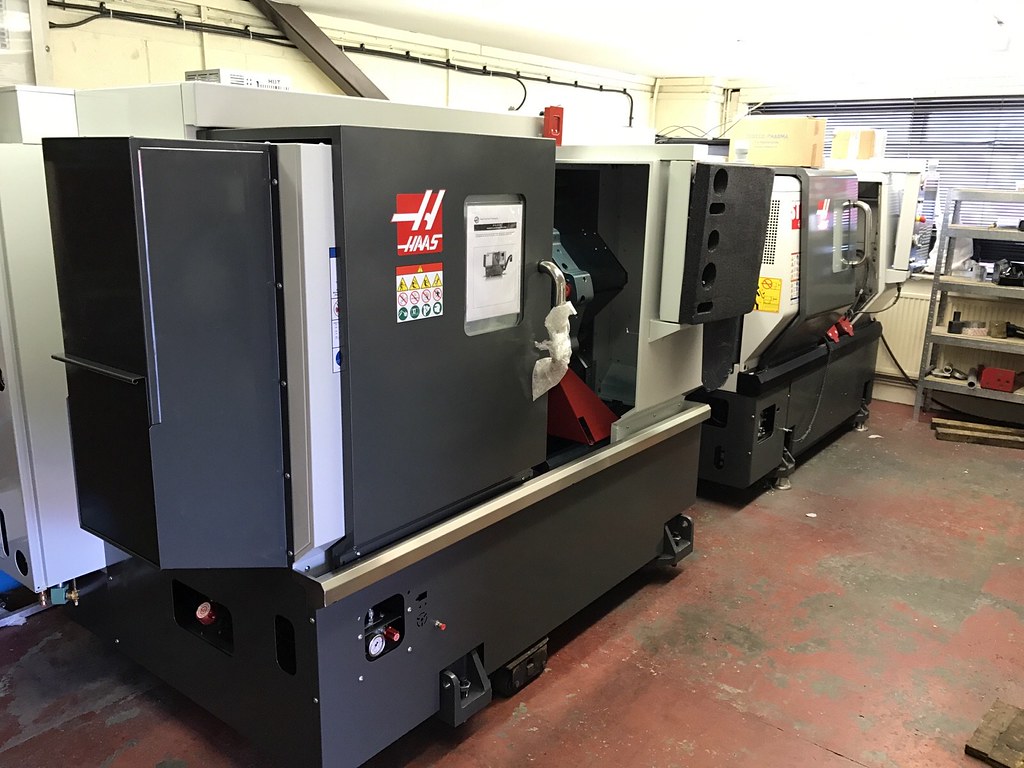 The twins are finally settled in their new home. I think they are going to be called 'Ant' and 'Dec'.

Just a day of commissioning to got and we will be able to rock and roll.

Want to see it all compressed into a minute or so...


at March 24, 2017
Email ThisBlogThis!Share to TwitterShare to FacebookShare to Pinterest

Any plans this week?

Any plans this week?

Today (Tuesday) will see us at the southern engineering show in Farnborough looking at even more new and shiny engineering toys.

Tomorrow (Wednesday) we have to clear out a big chunk of our engineering workshop and dispatch area, to clear some space, while on Thursday our new toy arrives - if you can call our 3rd £60k 3 ton new CNC machine a toy! 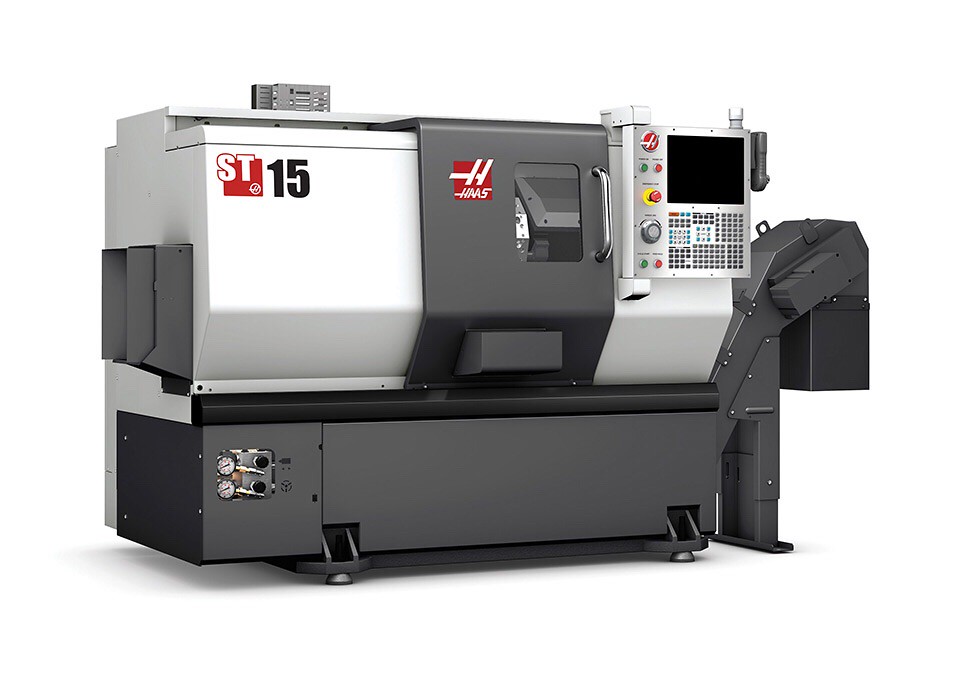 We then have to move out a CNC mill (hope its not raining), move out the old old CNC lathe, shift the new one in with only 3cm to spare in the corridors, and then put it all back together before bringing in the electrician to wire in all up. It's a big heavy and expensive jigsaw puzzle.

Friday sees the installation engineer in with a day of resetting the old machines and installing the new machine, which normally involves lots of gentle tapping with hammers to get everything aligned to within .001mm and then we just have to wait until Monday for the commissioning engineer to arrive for the next machine.

We could do what other adult companies do and subcontract every thing to China, but where would be the fun in that?
www.e-stim.co.uk
at March 21, 2017
Email ThisBlogThis!Share to TwitterShare to FacebookShare to Pinterest

Are we spying on you?

Firstly I would point out that Standard Innovation have reportedly settled the case early to avoid the prolonged litigation and ever spiralling costs that defending such a case entails in the US, so whether they are guilty or not is notwithstanding. 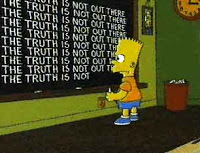 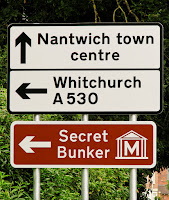 No secret bunker
Now as a company that produces an Electrosex Power Box that can be controlled over the Internet (the 2B) I can categorically state that the 2B has no capacity to talk directly to us or our servers, let alone send any data about its use to our secret underground bunker. 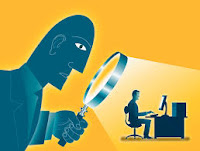 Unless you use high levels of encryption someone has the capability to look at what is going on.

Direct Contact
When using our 2B across the internet we use direct computer to computer communication so the only people who have access to any form of data are you and your play partner, although the servers that make up the internet between the two of you will have access to data, in the same way they have access to your normal browsing (we use the same technology), but I doubt anyone is interested in 'A20' or 'B44' being passed between your computers, and they would also need to know details of the specific IPs of your machines, and what port you are using. If they know that already I would either get your tin hat out as the CIA or GCHQ are watching, or you need to update your web security and start changing your passwords.


Because they could
Now I'm not excusing what Standard Innovation might have done, but I can understand some of the possible reasoning behind the actions, IF they were actually thought about. Too many times we designers do it because we can (and Standard Innovation are using off the shelf chips that have the functionality already built in), and either forget to tell others, or others in the company didn't understand the consequences of such actions and technology - the result is a statement buried in reams of T's and C's and probably converted into legalise, a statement that was clearly not clear enough for the users who brought the case.

Why would you want to?
From a technical perspective how long a device is being used and at what intensity and at what temperature would allow a manufacturer to consider whether the batteries they are using are too big (and thus more expensive) - if the average person only uses something for 20 mins before charging then do you need a device that can last for two hours? Or does it run for 10 mins before cutting out, but only when the temperature is 42C?? (The human body is generally 38.1C).
Both are useful pieces of data from a design perspective and would mean a company could make an improved product - generally this means cheaper to manufacture, but that is something that all manufacturers strive to achieve ( its call reducing costs). 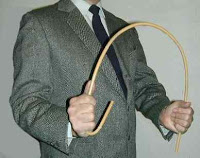 You could argue that temperature and usage information is 'personal data' even more so when coupled with email addresses and registration on a sex toy driving app and I agree to a certain extent it could be, but we do need to have some level of responsibilities both from a manufacturer keep are users clearly informed, but we also have responsibilities as a user.

When is the last time you read the T's & C's on a product or service? Do you know why a website is asking you for your email address and what they are planning to do with it?

I know as a company we will take on board any lessons that need to be learned, but I do think some commentators need to dial down the scare stories and actually think about what happens when modern technology is applied to sex toys.

And the answer is no, we are not spying on you.

Well it has taken over a week, but both our UK store and our Worldwide web store have now been upgraded and now run under https:// for increased security. We have also moved the worldwide store a little to https://www.e-stimsystems.com rather than the older store.e-stimsystems.com, but if you are still using the old links not to worry as they will redirect automatically.

Mobile Friendly
Both of our stores are now mobile and tablet friendly so it is even easier to order, and we are in the process of reviewing every product and ensuring you have the most up to date images and product data, If there is something you would like us to add about a product, then please drop us a line.

No change to your details
Unlike other websites we have retained all the login details so you will not have to retype all your details when placing an order. We know how annoying it is when you hit a new site and get the message - we have upgraded the store but could not be bothered to migrate your details over - grrrrrr!!!!

Why two?
Why do we have two stores? Well for those of us in Europe we have the fun of VAT to add to prices so rather than confuse our non EU customers, or annoy EU customers who are only told that VAT is added when they checkout, we have two sites. In addition our Worldwide store now runs under EST (New York time) so any special offers we run will end at the correct time for that zone.


https://store.e-stim.co.uk for customers in the UK and Europe

https://www.e-stimsystems.com for customers in the rest of the world
at March 15, 2017
Email ThisBlogThis!Share to TwitterShare to FacebookShare to Pinterest

We have spent time and effort to ensure our range of estim electrodes is just right, but then we still manage to find ways to improve them!!

If you have enjoyed the slightly 'industrial' look of our original brushed finish, then you are going to love the look and feel of our new exclusive luxurious satin finish.